Looking for lunch in all the right places. Portland, OR 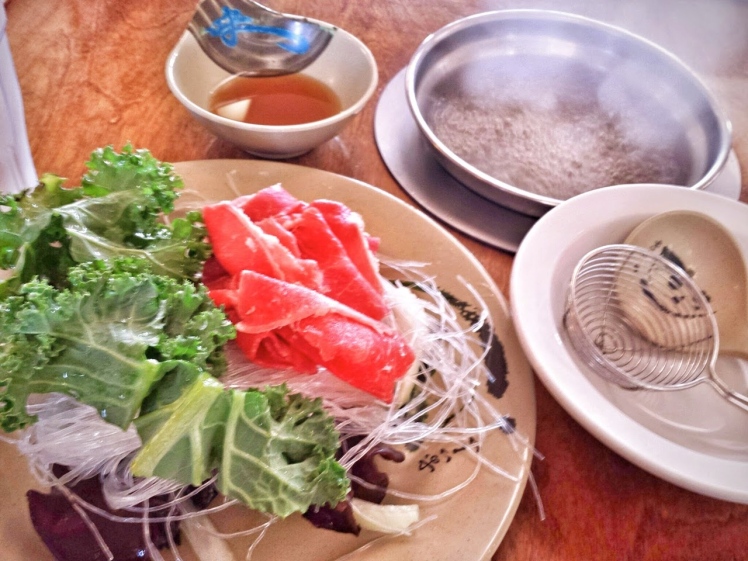 Ever since I left the glamorous corporate world of television advertising, ignoring a closet full of suits and silky camisoles, patent leather high heels untouched, I have to say what I miss the most about the lengthy daily commute to downtown. I miss my favorite hot pot restaurant.

Does Jack ( I think that’s his name?) wonder where I am? I ate at Hot Pot City pretty much on a weekly basis. The first time, I walked in alone. My usual lunch friend/colleague was on vacation in South Carolina, so I was on my own. I typically had a busy, full workload every morning, so by the time I realized it was “lunch time,” I was super starved and curious about the restaurant across the street. After years of traveling Arkansas and Missouri alone as a pharmaceutical rep, I’d grown quite accustomed to asking for a table for one. So that’s what I grew to love about Hot Pot City. They have a counter set up for single serve!

I walked across the street, entered the restaurant, and Jack greeted me quietly, mostly by hand gestures. One? Then a point towards a seat at the counter, with a friendly smile and a menu. I had my choice of broth, so I chose the bone broth sounding one. After a few visits, I would walk in, feeling like the broth decision was a hard one to make, and Jack would say, “Number seven?” So I just stuck with it. 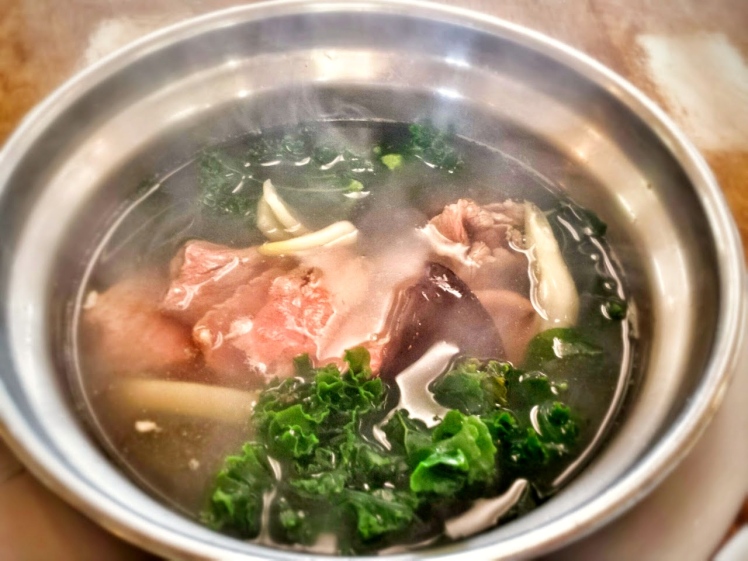 I love the way it’s set up so that the cooking vessel is sunken in the table so that you’re cooking your own food while sitting comfortably. I wish I had this at home! You can sit, and look down at your food as it cooks. How feng shui. No wonder there are signs in the parking lot with a 2 hour limit. I’ve seen people eat and eat, with plates piled with food before and after own my arrival.

For about $10, you can enjoy an all you can eat buffet of proteins such as beef, chicken, and pork with plenty of veggies and noodle choices.

I usually season my broth with fish sauce, some ginger and garlic, green onions, and cilantro.

The variety of fresh herbs and sauces makes my easy, inexpensive, convenient, and feng shui lunch favorite so complete….

It was great to read in the Willamette Week that their readers agree with me, Hot Pot City is the best hot pot restaurant in Portland!

This site uses Akismet to reduce spam. Learn how your comment data is processed.